Be On The Lookout For These 7 Everyday Scams 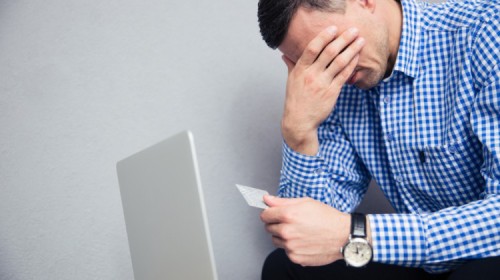 Be On The Lookout For These 7 Everyday Scams

Each year, hundreds of thousands of older Americans are victims of abuse, particularly financial abuse. As a financial advisor, it’s part of my job to be on the lookout for the warning signs of such exploitation. But over time what I’ve found is that people of all ages get scammed all the time.

These incidents may not always be criminal, but they are ways in which we unwittingly are parted from money we’d much rather keep. Call them everyday scams – and we can all be more alert to make sure we don’t fall victim.

1. A cable company continues billing on auto-pay even after the service is switched to another provider. For one client, this wasn’t discovered until several months later when we compared the cutoff date using checking account records. The company finally quit billing my client, but the refund still hasn’t arrived.

2. A dentist’s office (or doctor’s office) charges a patient’s credit card even though it is also submitting an insurance claim. By checking the explanation of benefits that my client received several months later, I could see that the dentist was promptly paid by the insurance company. Only our complaint initiated the refund of the credit card charge.

3. Fake charity sites crop up on Facebook, usually after some real and dramatic event. With this ploy, the money goes to a scammer rather than the victims of the incident. Once alerted, Facebook takes the post down, but that may come too late for those who have been bilked out of their money.

4. “Free for the first 30 days” is probably the most frequent moneymaking tactic I see by companies. They continually hit your credit card each month because you forget to cancel your commitment. These charges can pile up, so monitor your statements closely.

5. Same price, smaller package. Crackers, candy and plenty of other consumer goods fit into this category. Manufacturers may believe you won’t catch on, but I noticed it just the other day with my carton of ice cream. Be alert so that you can shop smart.

6. Your computer gets hijacked. “We’ll remove the virus for $50 so your computer will work again,” they say. This usually happens after you fall for the “free” virus scan. Luckily, in this case, the victim had paid for an extended warranty and service ahead of time, so the problem was remedied.

7. You buy fake tickets to a real show or event. At some sporting or other event, you realize only when you’ve reached the entrance that you’ve paid for fake tickets and you’re out a lot of money. Ticket counterfeiters are wily these days, so stick to the box office or do your due diligence before handing over any cash.

Clearly, these everyday scams could happen to any of us, old or young. But if you’re wise to the ruse, you can protect yourself.

This article was originally published on NerdWallet.com, Oct. 26, 2015

Near Or Entering Retirement
Saving/Spending